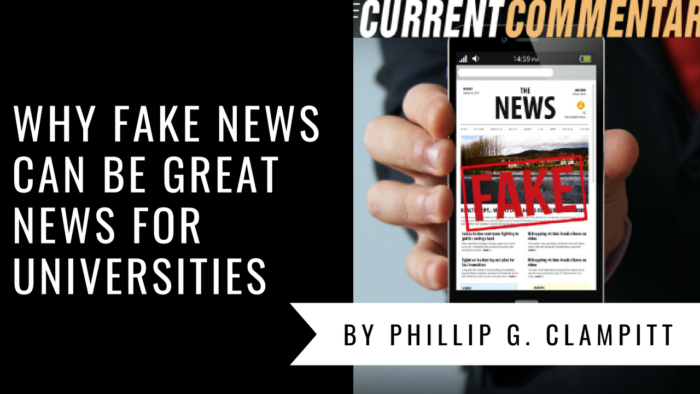 by Phillip G. Clampitt How does society defend itself from falsehoods, fabrications, and sensationalistic claims? Universities should play a primary role, by protecting citizens from self-deceptions and mass delusions. Relatively benign self-deceptions, such as overconfidence in one’s ability to read Tolstoy’s War & Peace in six months, are as human as they are motivating. However, … Read more